Samsung have formally announced and dated their new flagship smartphone, Samsung Galaxy S4, and announced that it will reach American hands on April 30th. It arrives just in time to tempt those who haven\’t yet reached for the HTC One and are waiting it out to see what Samsung pulls out of its magician\’s top hat, as the company has built a reputation for innovation and quality over the years and has released a string of popular handsets.

Not that other manufacturers haven\’t, of course – but you\’d have to feel a little stressed knowing you were facing off against this beast of a machine. With two gigabytes of RAM, a 5\” screen (a cheeky wink towards the current 4.7\” trend) and full HD on its display, the Galaxy S4 is a serious contender for being branded the best handset of 2013.

The impressing thing about Samsung\’s launch will be its inevitable competition with other handsets as it sets out to demonstrate just what sets the manufacturer apart. Then again, given Samsung manufactures the tech for at least one other major competitor, it\’s worth thinking about the level of capability they possess when it comes to building smartphones, tablets and the like.

The initial reviews are starting to come in, although they\’re no more than first looks, but the initial impression from critics is that they\’re, well, impressed. There\’s a lot to compete with here, bearing in mind that the Galaxy S4  follows on from the SII and S3, both extremely popular high-quality phones in their own right, both of them still happily in use by Samsung fans even now, which is unusual for the smartphone market.

The S4 itself has many noticeable improvements, such as facial recognition technology, an improved camera, and a larger and higher-resolution screen. It also comes with an extremely thin layer of glass over the screen itself, which helps keep the form factor of the device down while allowing you to feel like you\’re interacting with the screen more directly than on handsets with thicker glass.

There are other little innovative touches, too, such as Smart Look, which pauses video when the phone works out you\’re not looking at the screen, Sound and Shot, which records nine seconds of audio with the photo you\’ve just taken (not a unique feature but a nice one nonetheless), and of course the quality of the camera itself whether you\’re recording video or taking snapshots of the world around you. The S4 indeed has quite the formidable feature set, and when it hits the USA at the end of April it will be interesting to see how the competition reacts to such a desirable phone.

It seems like this year is definitely the year of smartphones that are set to push the bar regardless of which manufacturer they\’re from, and as Samsung and HTC step up as rivals to Apple in terms of innovation and quality, it\’ll be exciting to see who comes out on top in the end, especially if it drives these companies to produce more impressive handsets in an attempt to beat one another.

Editor\’s note: Samsung Galaxy S4 will hit the Philippine market this week and local telcos will have their separate launches in the coming weeks, too, so stay tuned for more information.

Allie Cooper is a writer interested in gadgets, fashion, mobile handsets and social media trends. Aside from blogging she is a fan of playing on computer games and she\’s always available on Twitter. 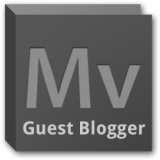